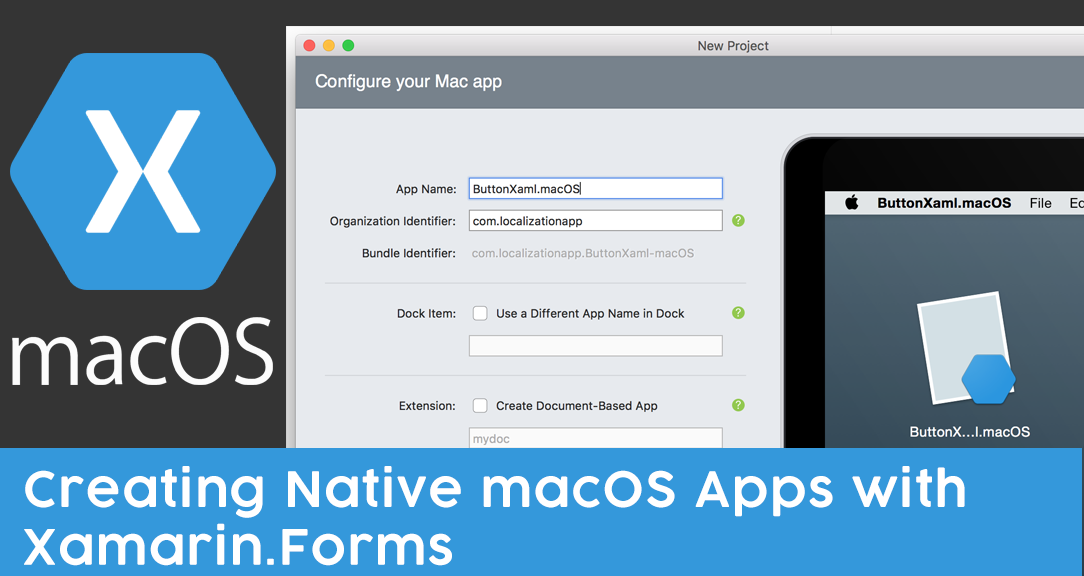 Back in .NET Conf 2017 The Xamarin team already shared what’s going to be new with Xamarin Forms 3.0 and it actually surprised me. I was expecting some performance improvements, bug fixing and a big upgrade on XAML. But, what they announced focuses on enabling the usage of Xamarin.Forms in more ways and on more platforms. I was really hoping for XAML improvements, maybe add some cascading styling like how CSS works. Maybe sometime in the future, we’ll get it. For now, I’ll just use the XAMLCss by warapa. Anyway if you want to watch all sessions from .NET Conf 2017, you can check it out on Channel9. Going back, I really didn’t expect these new features, but definitely, I love it and really excited to try it out!

That’s why right now, I’m going to show to you one of the exciting features added to the Xamarin.Forms 3.0 that I think you’ll also love. I’m talking about Xamarin.Form’s macOS support.

One of the Xamarin team’s plan is to reach more platforms. That means UWP, iOS and Android are not only platform the Xamarin.Forms will be able to target from now on, they are also bringing macOS, GTK#, Linux and WPF!

Right now, Xamarin.Forms template doesn’t have a Cocoa App initially. So, what you would do is to start Visual Studio for Mac or Xamarin Studio and open your existing Xamarin.Forms solution. Then, add a project into the solution by right-clicking the solution and selecting Add > Add New Existing Project. 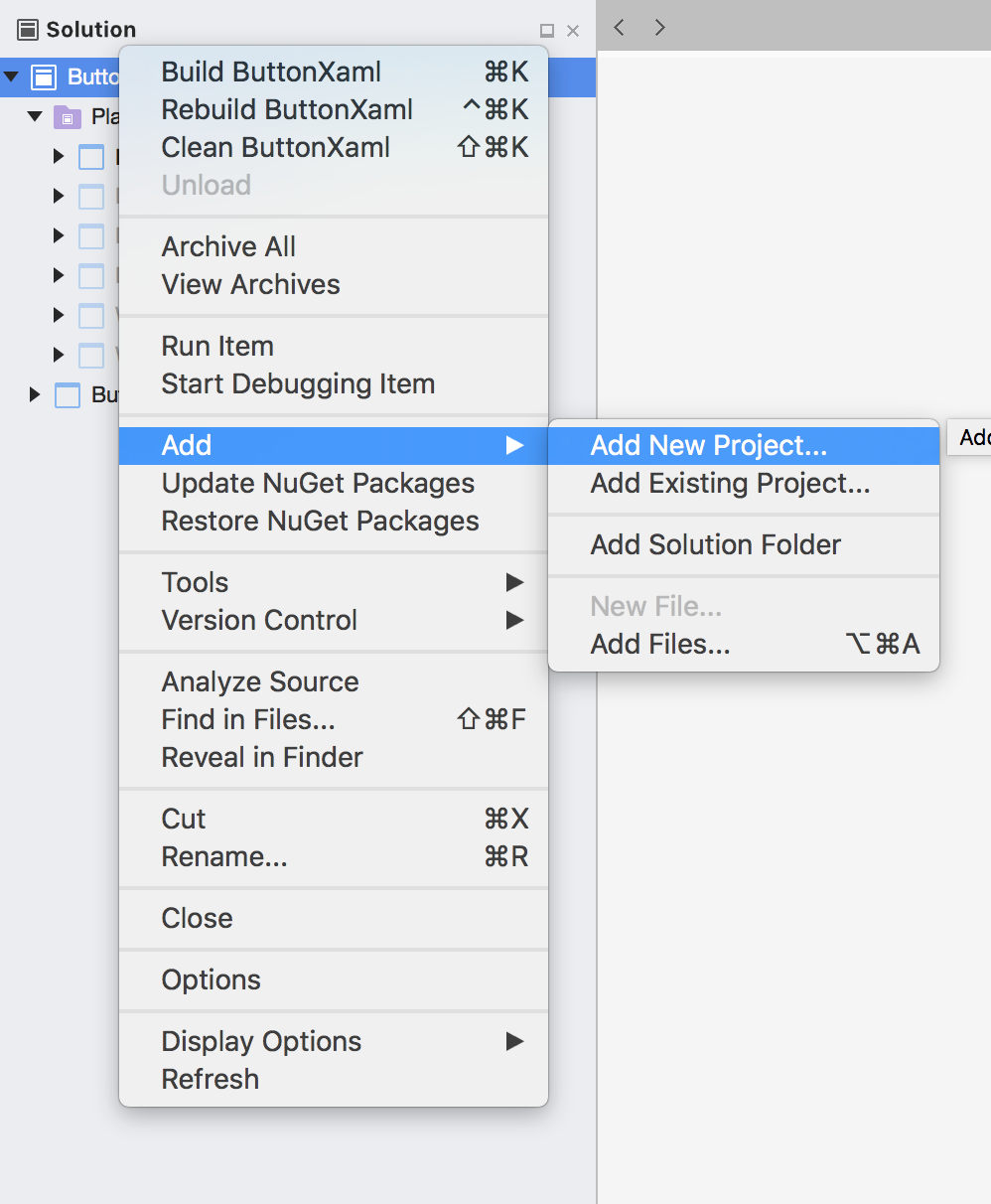 You can then select Mac > App > Cocoa App and name it whatever you want, but ideally, the name has a suffix of .macOs. 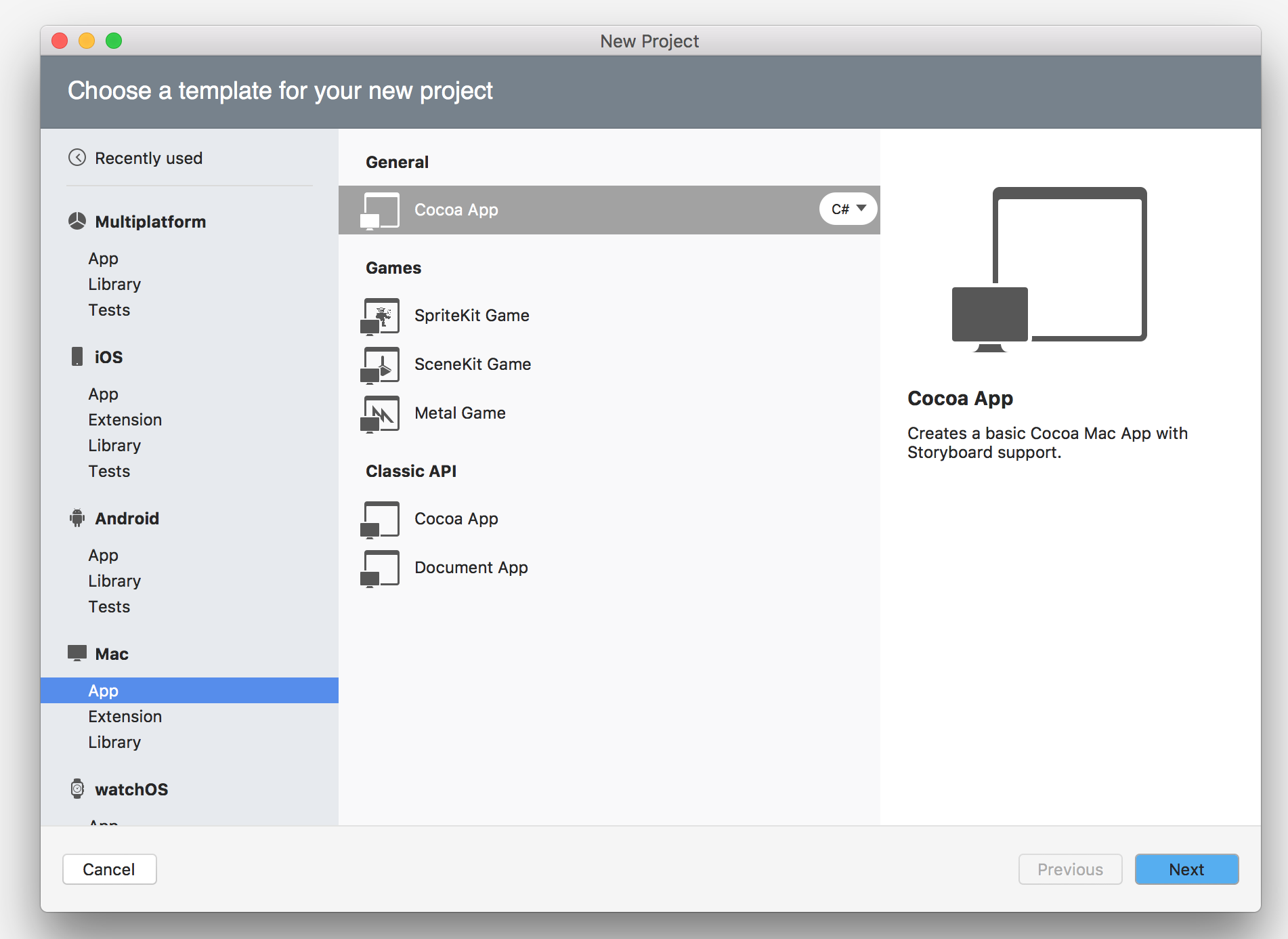 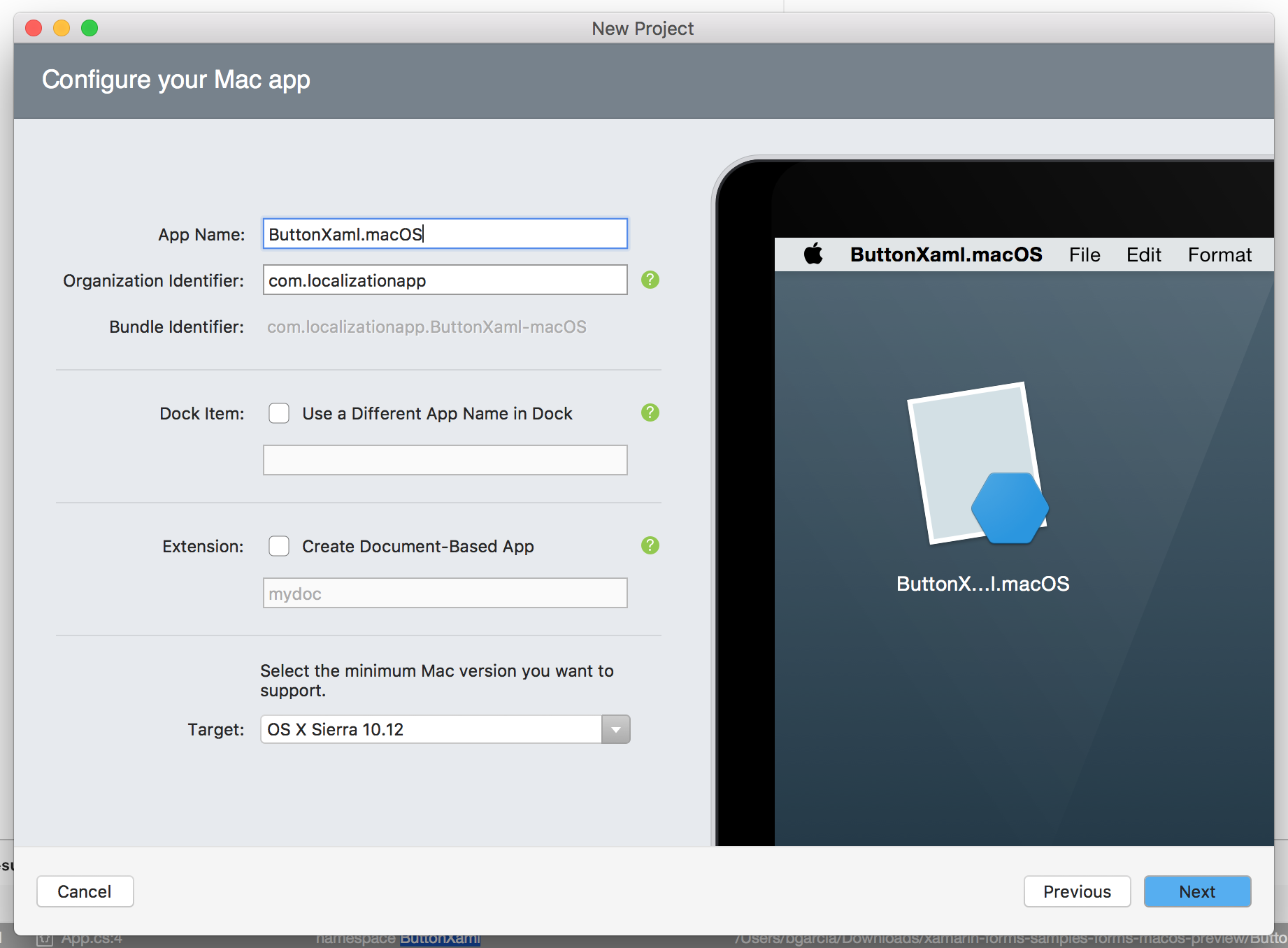 You will have to add the Xamarin.Forms’ latest pre-release nuget package or specifically 2.4.0.282. To do this, right click the Cocoa App project that you just created and select Add > Add Nuget Packages. 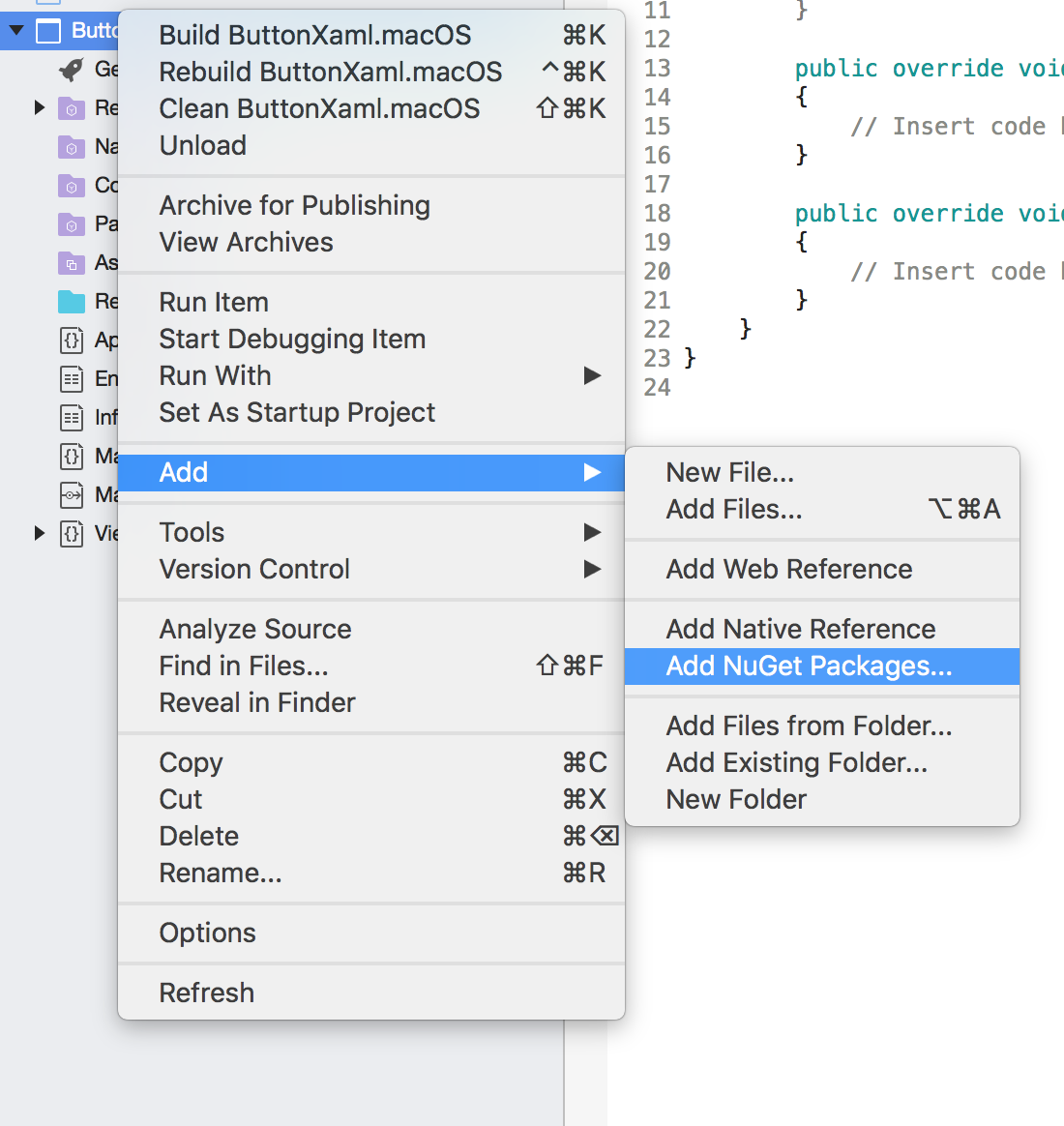 Then, search for ‘Xamarin.Forms’ and make sure that the ‘Show pre-release packages’ is ticked. Click ‘Add’ to add Xamarin.Forms nuget package. 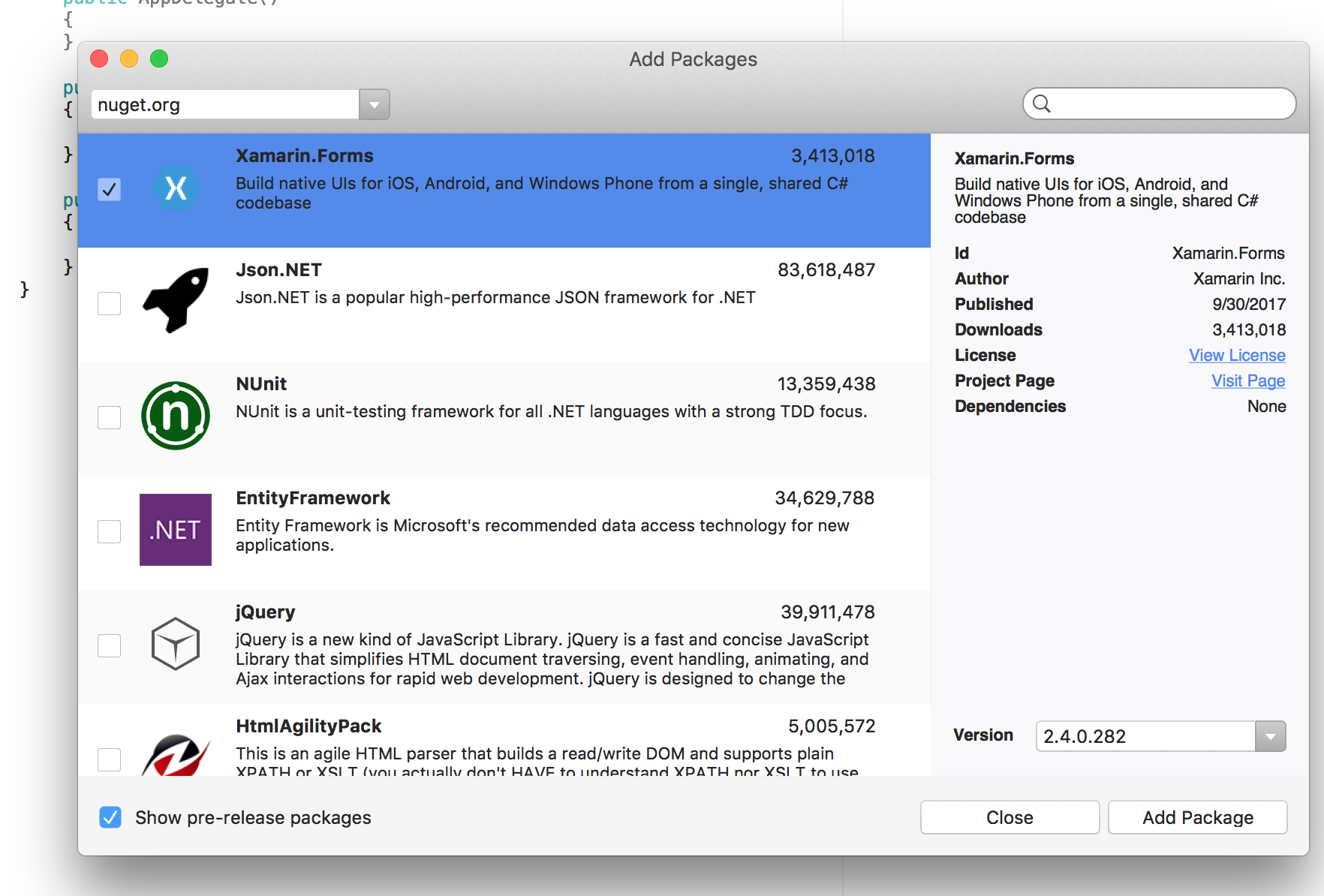 You will also need to update the Xamarin.Forms on your shared project and the version should be the same with what the Cocoa app have. 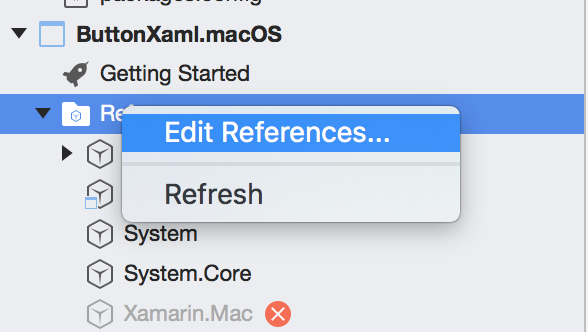 Then, open the Info.plist and remove the ‘Main storyboard file base name’ entry (Opened with XCode)

Or just open the Info.plist inside Visual Studio or Xamarin Studio by clicking it and leave the Main Interface blank.

The next one is to update your Main.cs’ Main method to initialize the AppDelegate:

Initialize the Cocoa app window within the constructor:

Then inside the DidFinishLaunching method, initialize Xamarin.Forms and load the application:

You can now set your project as the startup project and run your macOS! 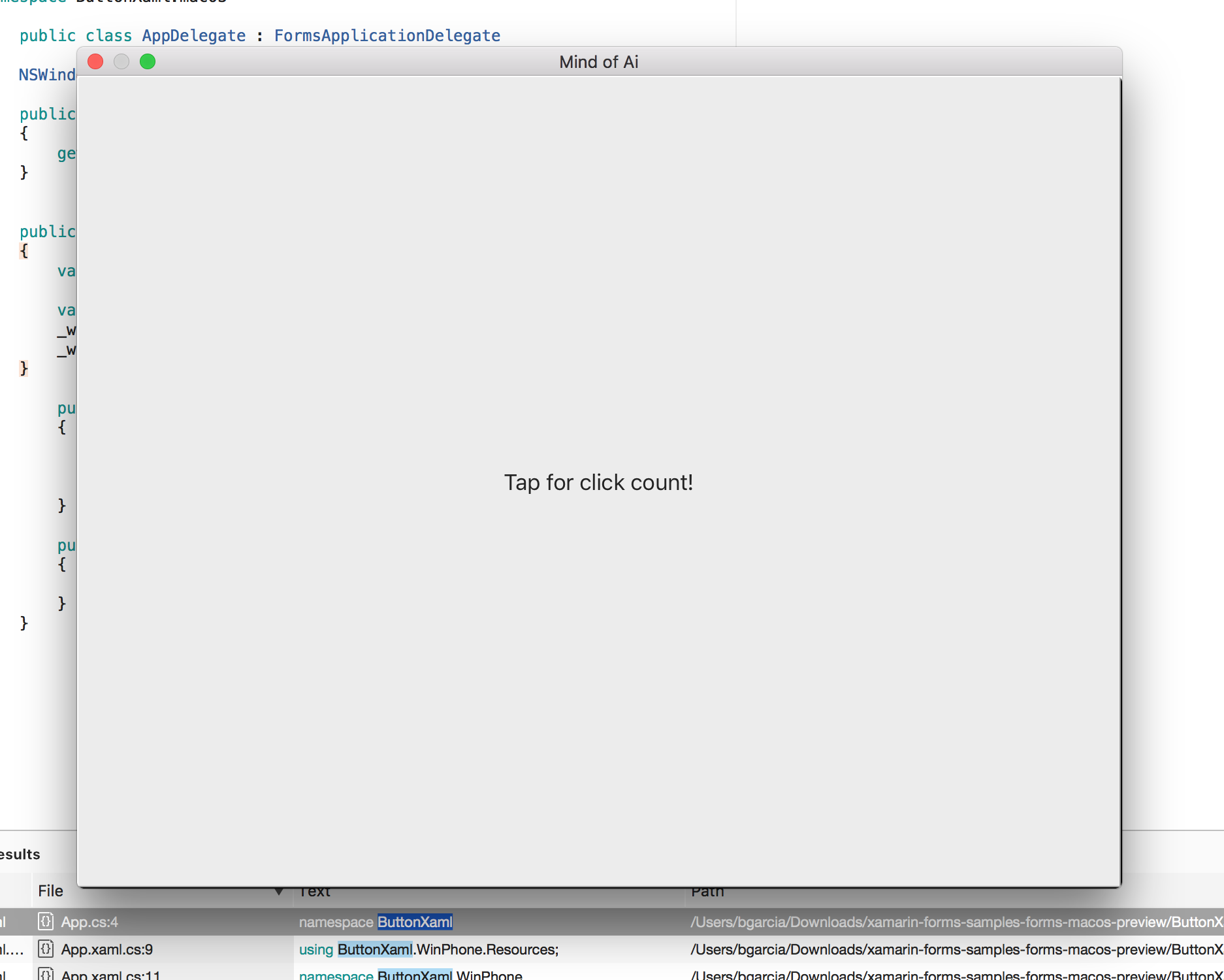 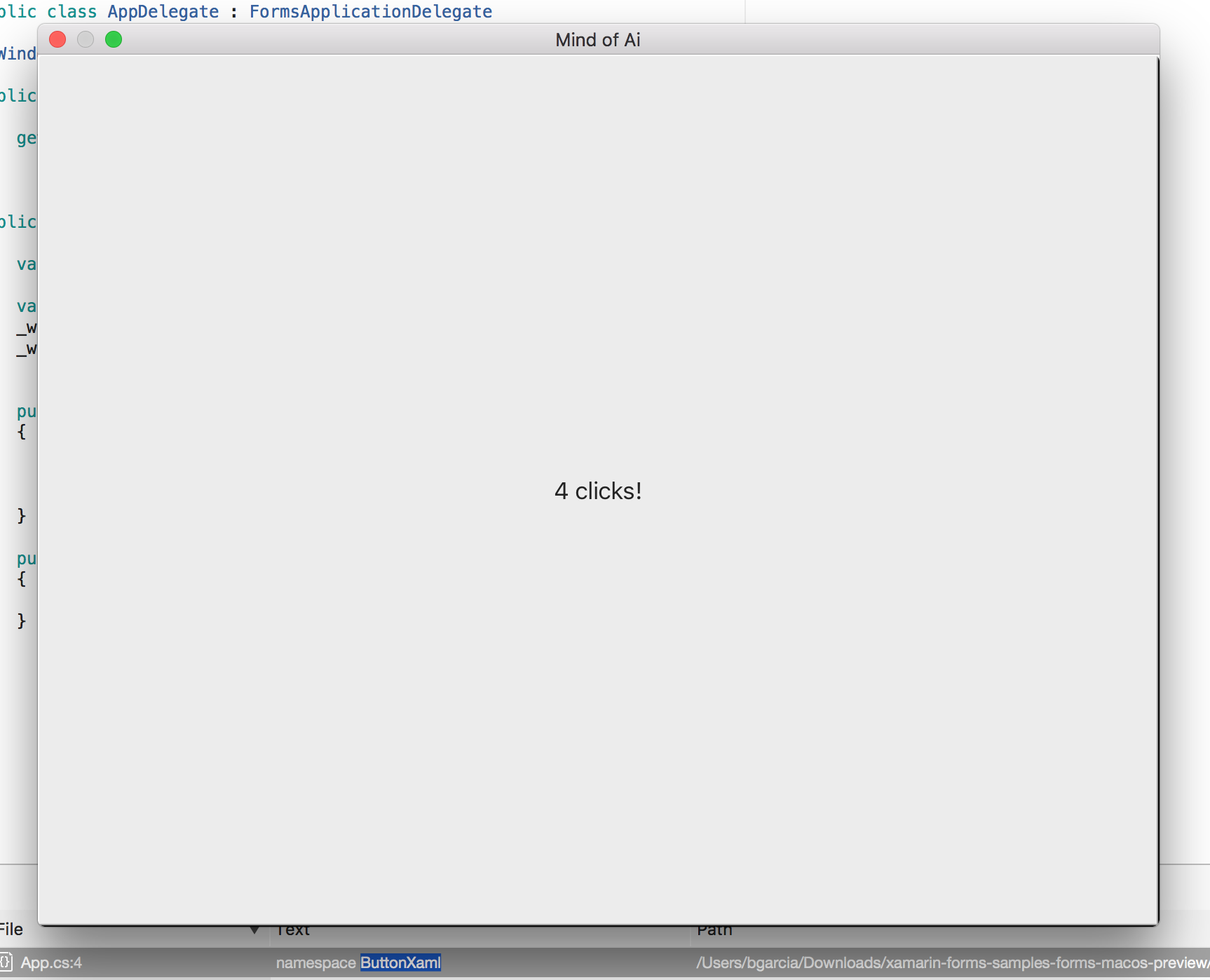 This is just a basic walkthrough since this is still on preview. Expect that there are still bugs and not ready for production. Not all nuget packages are compatible and surely, there are lots of UI features still not implemented, but this is a good start. For now, you can send your issues and problems that you encounter in this forum discussion: https://forums.xamarin.com/discussion/93585/preview-xamarin-forms-for-macos/p1