So, I’m already kinda late with this. It’s been almost 3 weeks since Build 2017 happened in Seattle and I just finished watching some of the highlights on Channel 9, especially all the things relevant to Xamarin and Mobile .NET. I’ve read that Xamarin had a bunch of sessions where they announce awesome stuff and I was really interested and excited about a couple of things, namely Xamarin Live Player, Visual Studio Mobile Center, .NET Standard and Fluent Design. I will write a different article about other the other three, but we’ll start talking about Xamarin Live Player.

Visual Studio 2017’s brand-new Xamarin Live Player for Android and iOS allows you to write, execute, and debug your Xamarin application continuously on an actual iOS or Android device straight from the IDE. It has the traditional development cycle where you write-compile-run-debug, but it’s so much faster. But, what I loved about it is that it has a live previewer mode where your code is automatically compiled and deployed per-view basis continuously into your actual device. It’s pretty awesome, though, this is not new to me, since Gorilla Player almost identically does the same stuff, but I prefer Xamarin Live Player since the setup is much easier. 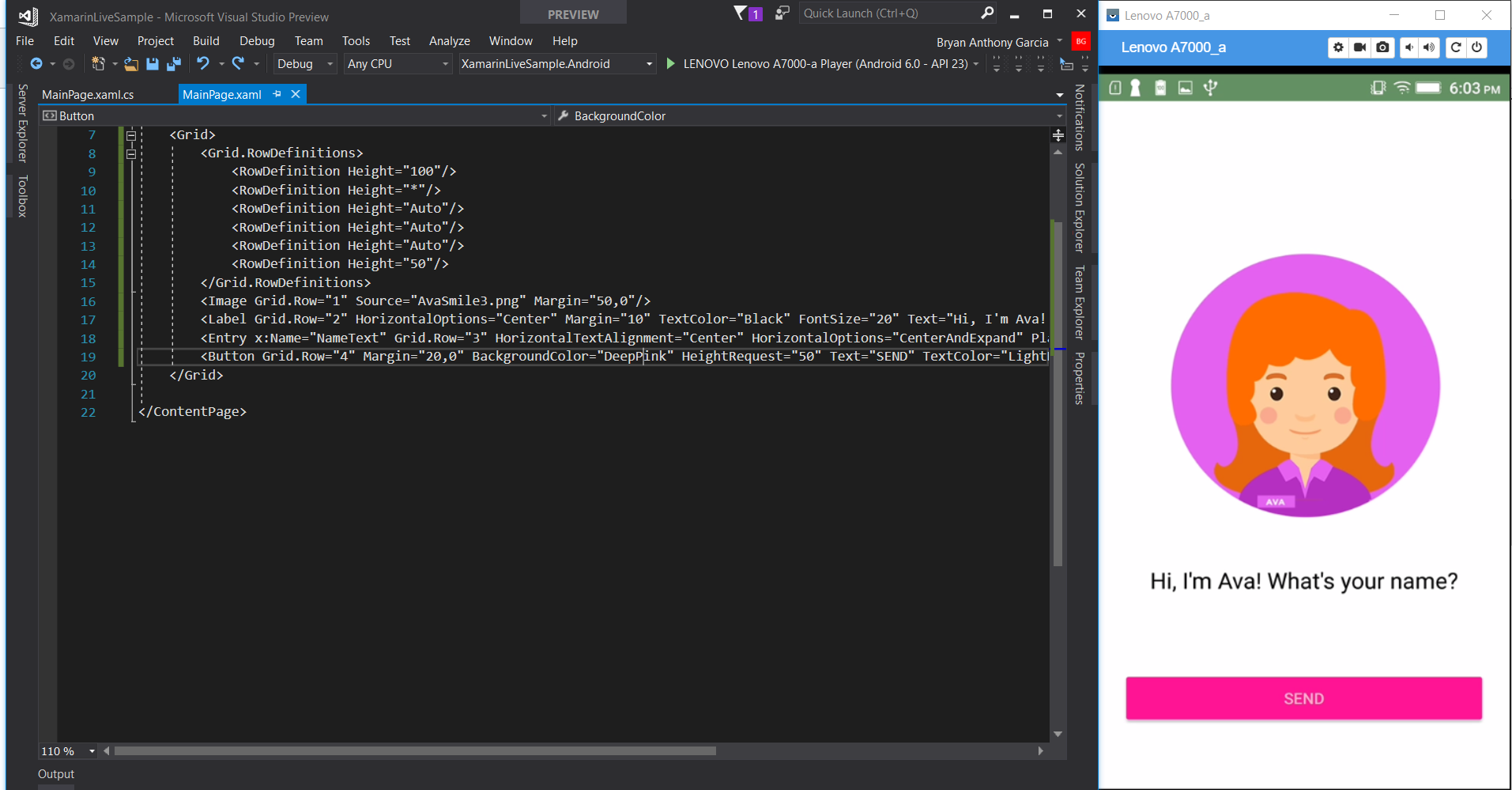 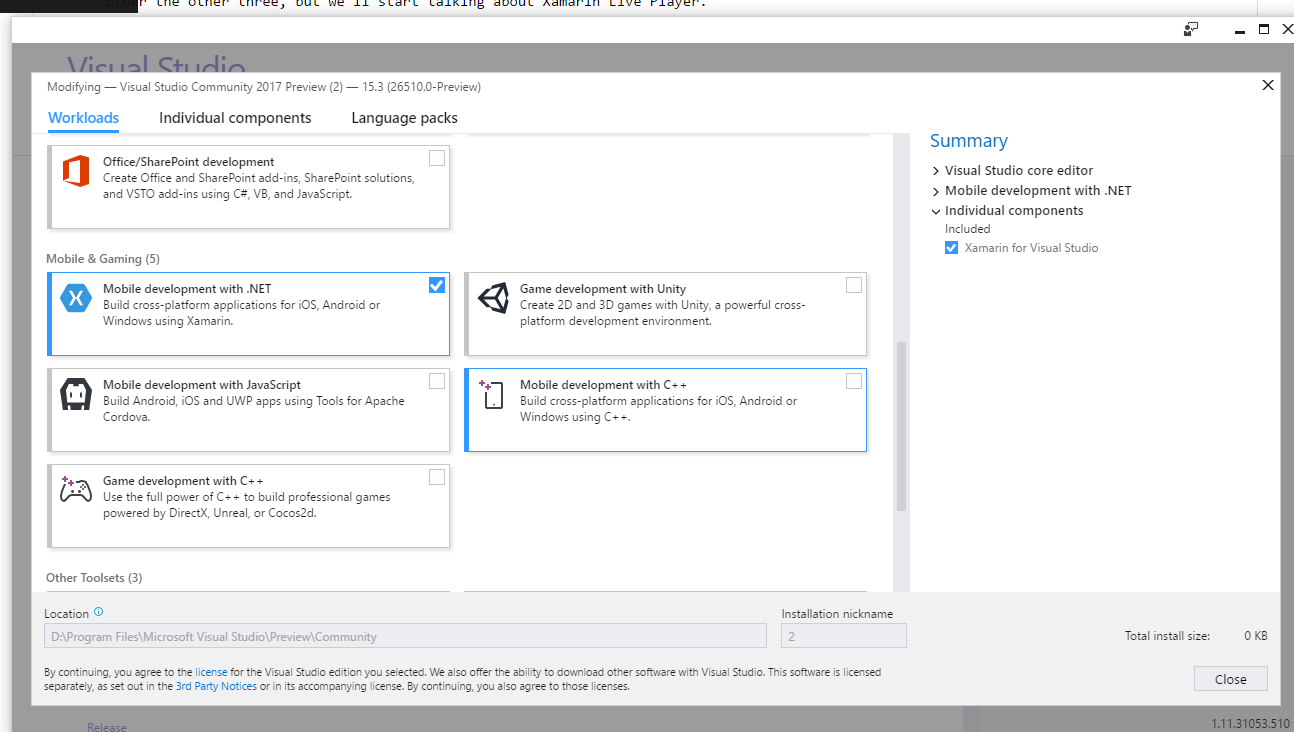 After the installation, this is what you will see on your Visual Studio Installer. There will be two different Visual Studio 2017 application as you can see below: 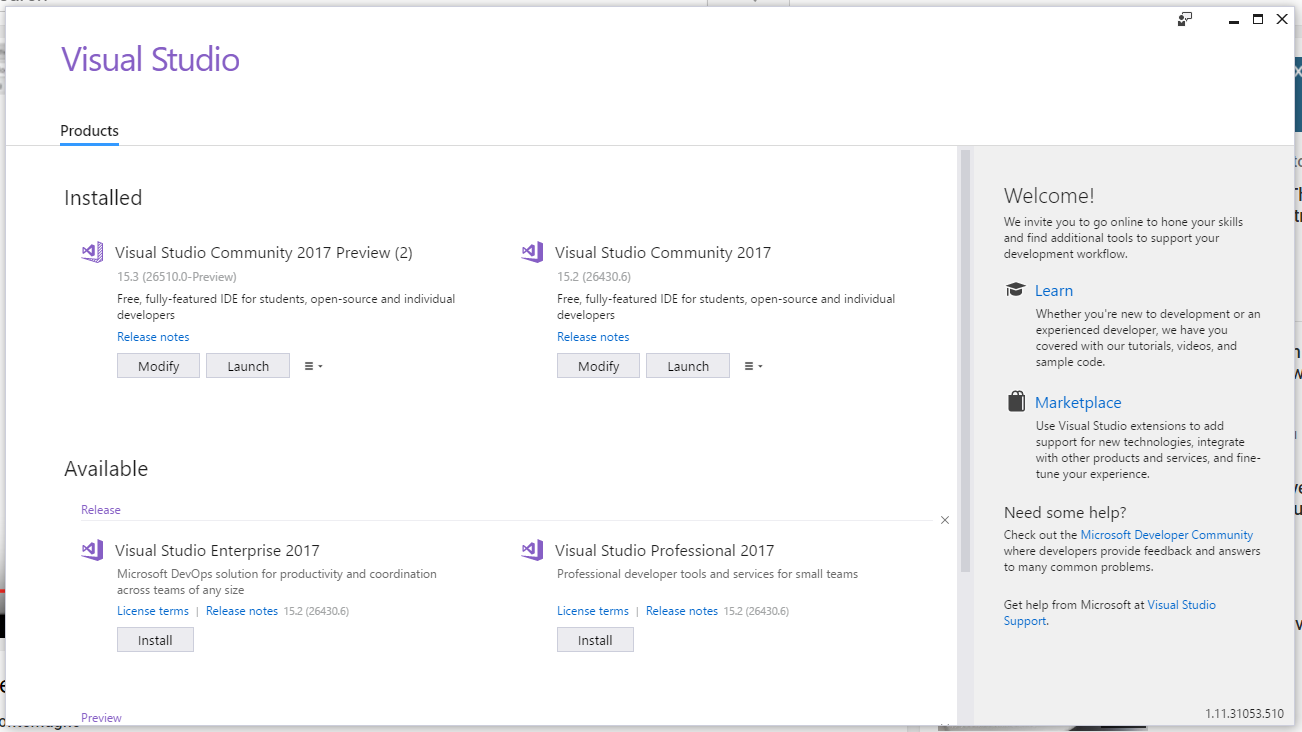 Get Xamarin Live Player Up and Running 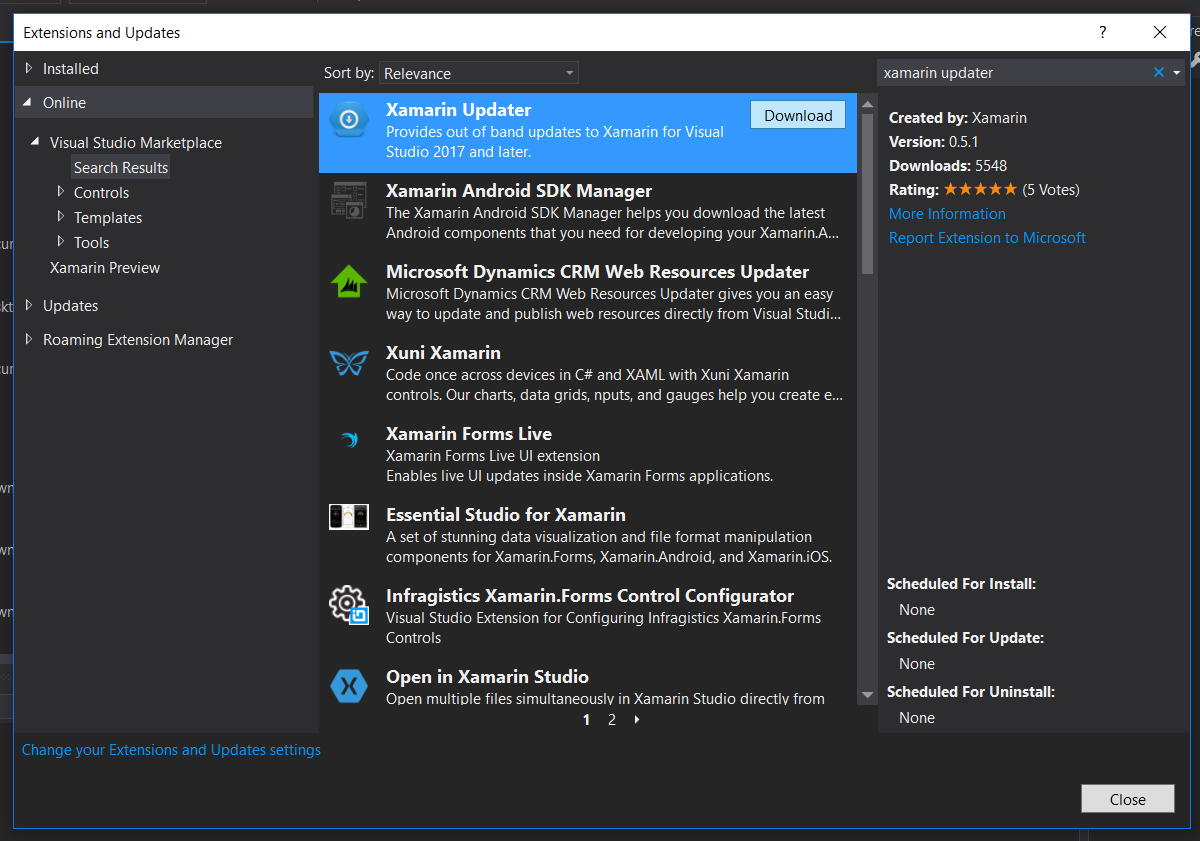 Once installed, you can go back to Tools > Extension and Updates. Select Updates and then Xamarin Preview node. This gives you the list of stuff you can update for Xamarin. What you need to update specifically is the Xamarin for Visual Studio. 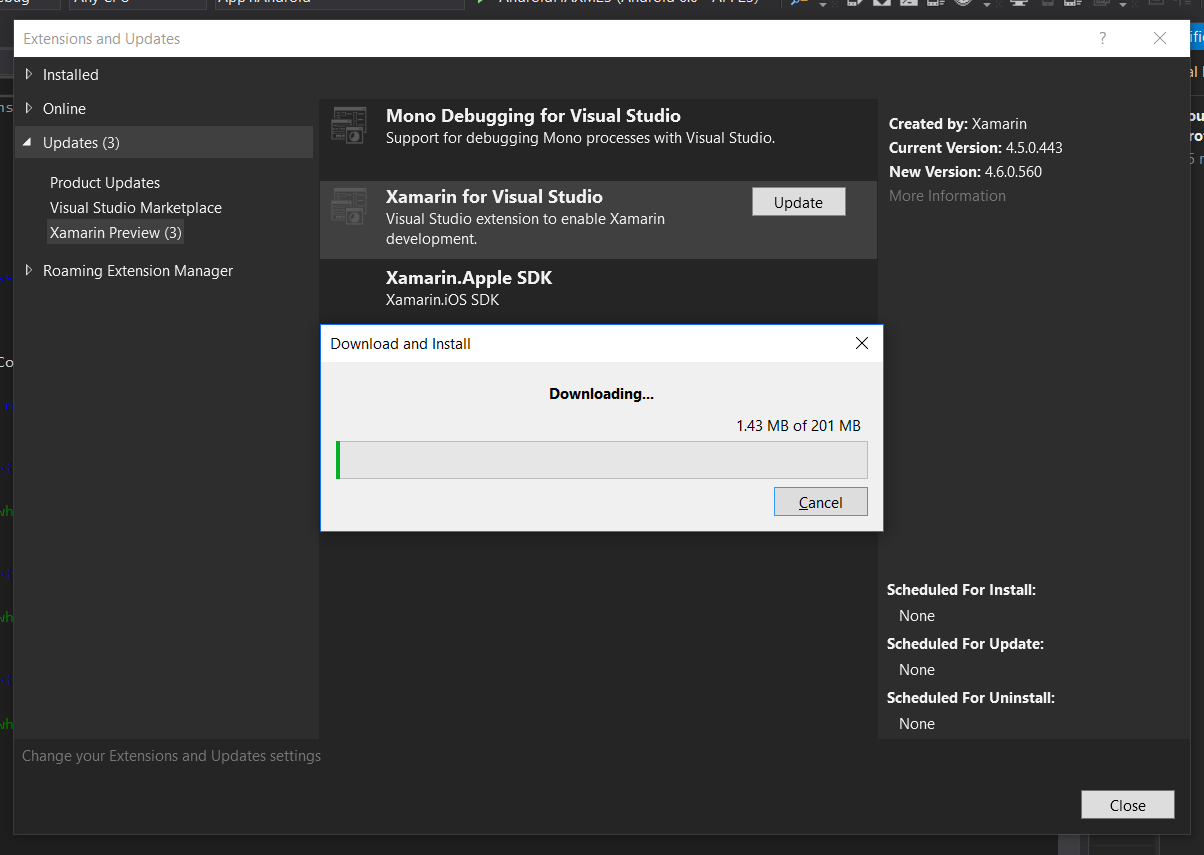 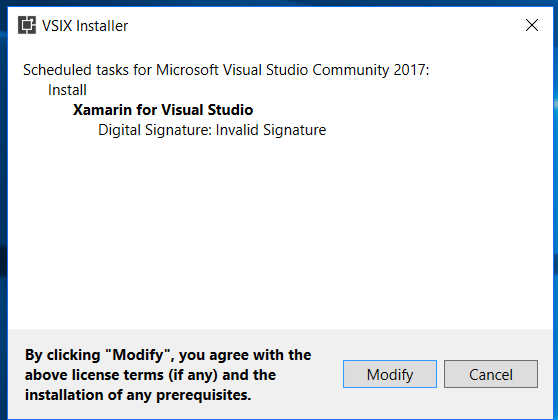 This one’s pretty straightforward, you just need to install the Xamarin Live Player application into your device (iOS/Android). Also, we’ll only try it out with Android, but it’s pretty much the same with iOS. After the installation, we can now pair our device with Visual Studio 2017. 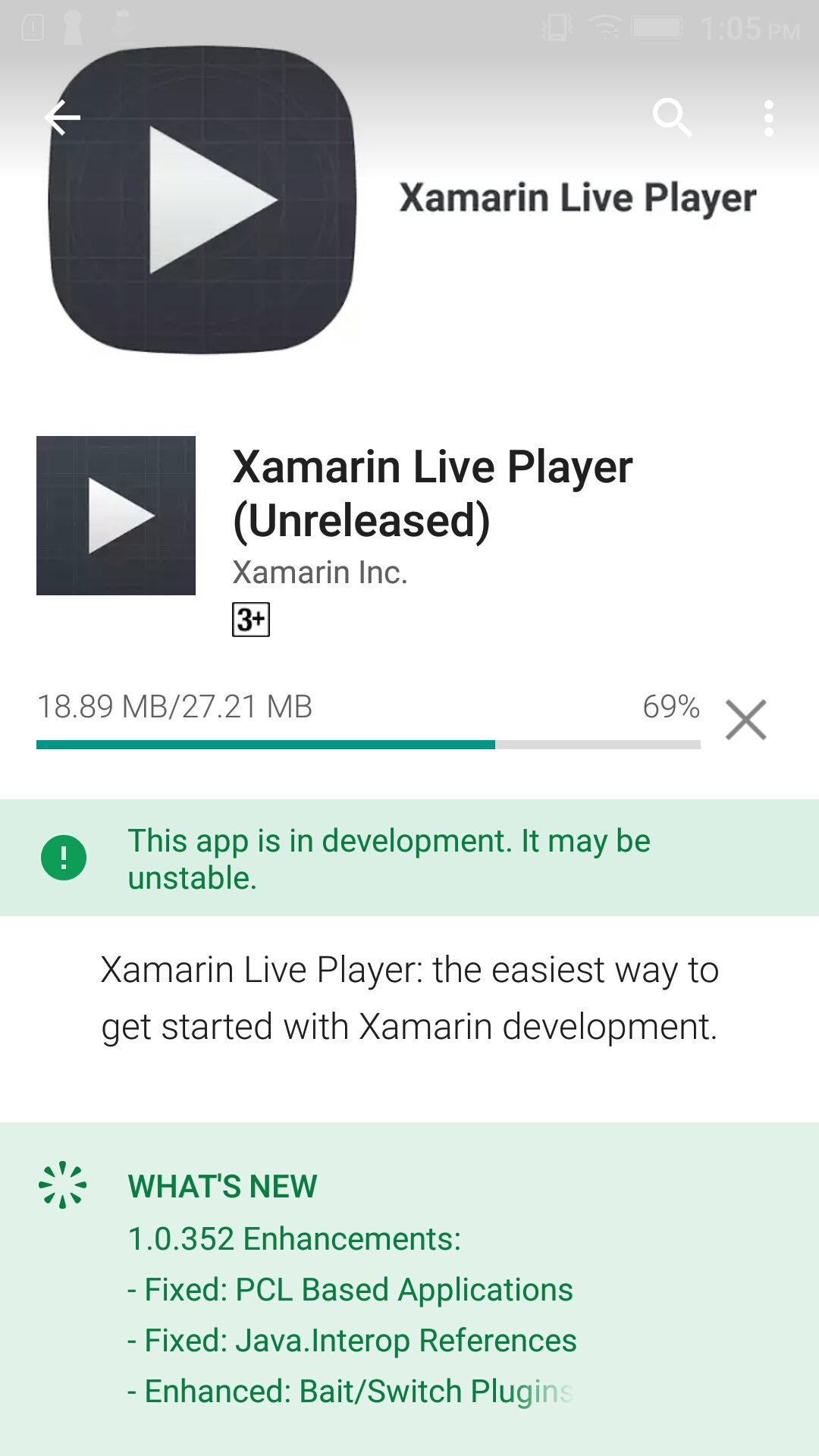 Once you have a Xamarin project opened in your Visual Studio, we can now pair our device with Visual Studio. To do this, select Tools > Xamarin Live Player > Manage Devices. It will open this popup: 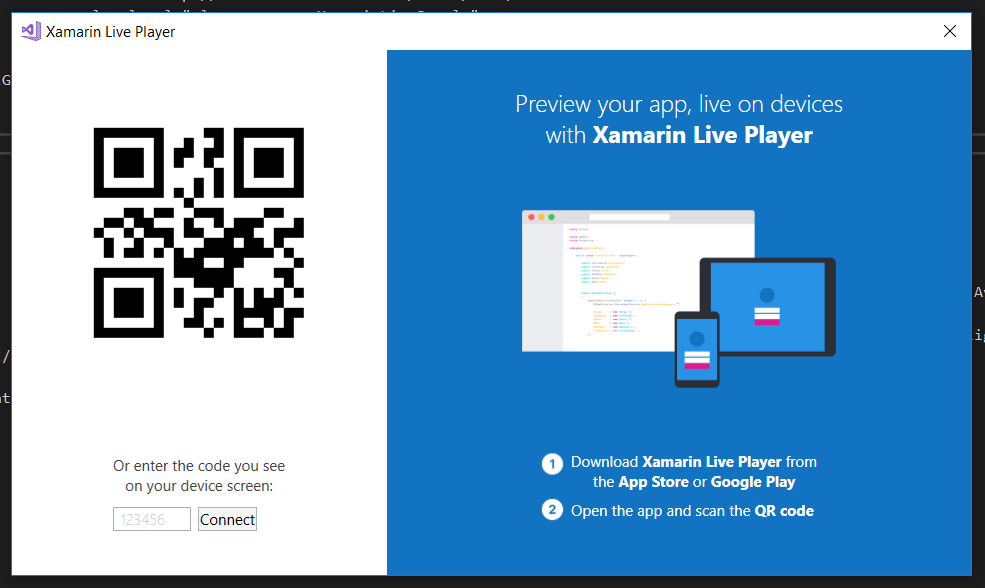 There are two ways to pair, first is to type the code from your Xamarin Live Player app on your device or just scan the QR code being shown in the popup. This is like a handshake. Make sure you’re on the same wifi network, too. This will add your device to the list of paired device. FYI I’m using Vysor for the device mirroring.

Now, it’s all finally set up. We can now debug our application using Xamarin Live Player!

To do traditional development cycle debugging, we can select our paired device on the device list. To select the paired device, look for your device name and it has a concatenated “Player” text at the end. That means it’s the live player then hit F5 to debug.

It will compile and will take seconds to deploy it to your device. I was actually amazed how smooth and fast it is! Now, you can debug without even waiting for the long compilation, builds, etc. which sometimes takes minutes. But wait, there’s more!

Now if you don’t want to debug your application and just see the live preview on your device, you can use this Live Run feature. This allows you to write not only your UI, but also the business logic of your application. Again, this is really smooth and you can easily check your changes without running your application.

Inside your Xamarin Live Player Application on your device, you can actually set some settings like for example, changing the theme, allowing to show compile and runtime errors, etc. As for the logs, this is where you can see the compilation and runtime errors that you configure on your settings, but you can only see high-level logs. 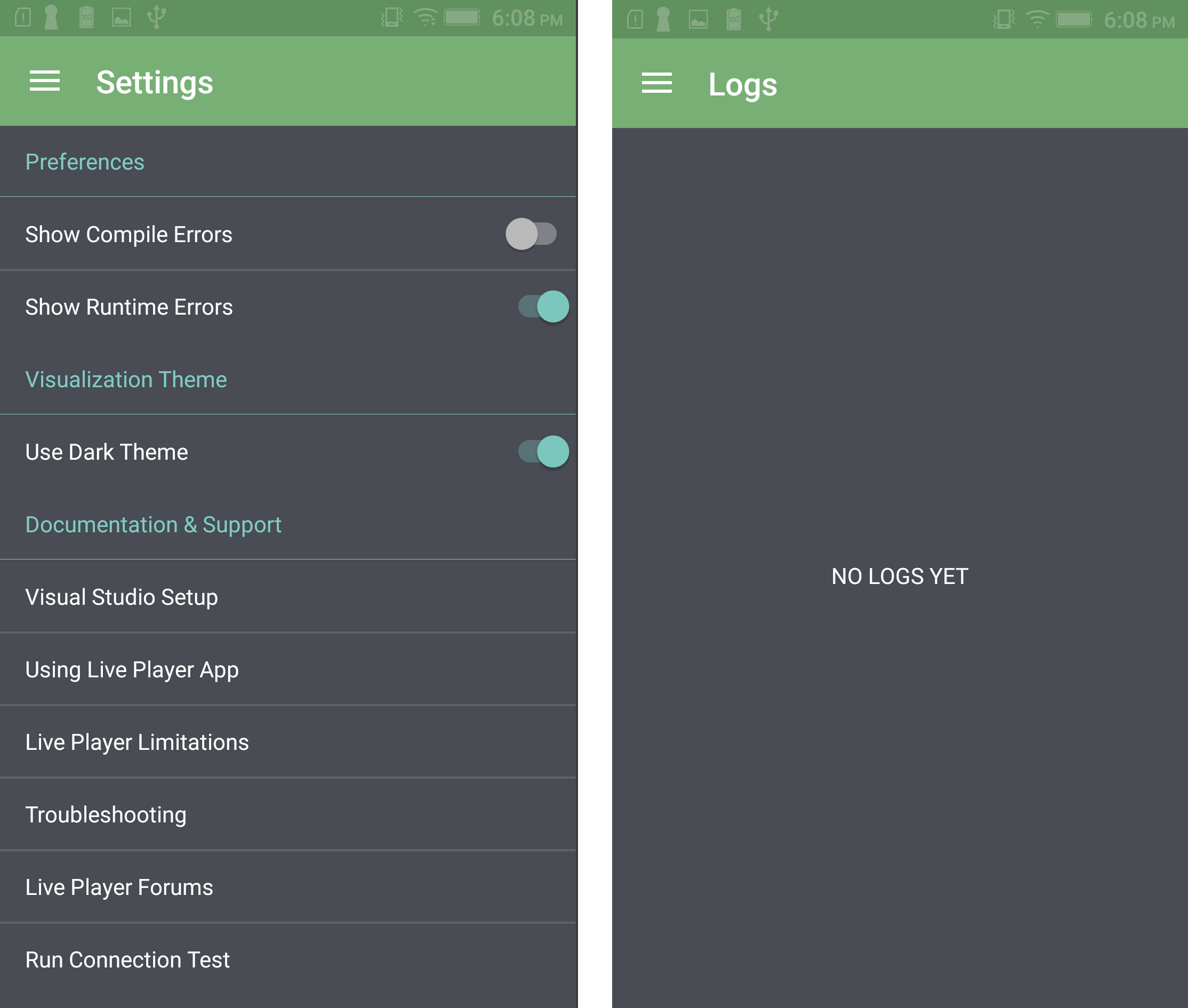 There are still some stuff that are not supported for iOS and Android. Again, this is still on preview, but expect to have a lot of updates. Here’s the list of the limitations for both Android and iOS.

I’m really amazed with this one, though I didn’t expect it. I just thought that XAML Previewer was enough. But, when I tried this out, I’m convinced that I’ll be using this from now on. This is just one of the things from this year’s Build Conference that made my jaw drop. I will be talking about other Xamarin-related stuff on my next article.

Also, here’s the slide that I’ve used for the demo: